An Open Letter to Sadiq Khan 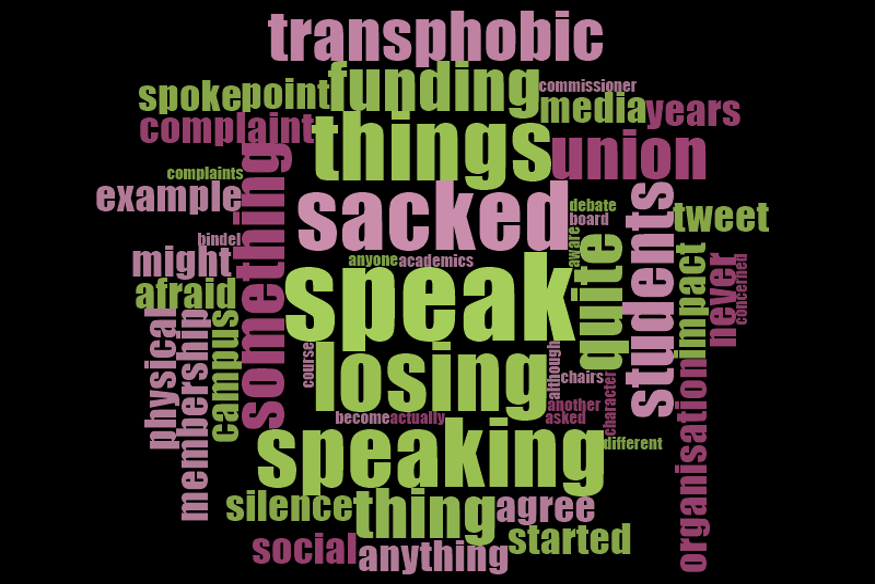 I write to you in respect of yesterday’s news in both The Times and The Daily Mail which reported the sacking of feminist activist and author Joan Smith, from the role of independent co-chair to the Violence Against Women and Girls Board at MOPAC. That she is more than qualified for the role, and that she undertook it for over eight years for free is not something I need remind you of. I know many women, including myself, are incredibly grateful for her dedication and ground-breaking, critical research into the issues of male violence and misogyny.

The reason I write specifically is to address one of the claims in the news report, namely that Joan Smith was dismissed after she raised the issue of transwomen being given access to single sex spaces. Specifically safe spaces reserved for female victims of male violence. I thought it a good opportunity to provide some academic rigour to Joan’s need to advocate on behalf of the frontline male violence against women organisations you fund, and to provide support to her brave attempt in trying to engage you in this debate.

From the news reports it is my understanding that Joan Smith’s submission to you can be summed up in the following way:

The news reports also suggest that you did not subsequently engage in a discussion around this issue with Joan directly, but if the decision to dismiss her from her post had any relation to the above topic (which would form an existing pattern for women who do speak publicly on this issue), I thought it pertinent to bring to your attention my doctoral research. I think it is important that Joan’s concerns are not dismissed, and I also want to ensure the same frontline organisations who asked Joan to intervene on their behalf are acknowledged and their concerns are heard. It is definitely not a London centric issue and thus the purpose of my letter is to make sure that any funder or commissioner refrains from dismissing women who raise this issue as ‘transphobic’ or ‘bigoted’, and that they begin to engage in discussions with specialist services in good faith.

I appreciate that it is incredibly unlikely that you will read my thesis, so I thought I would break down the salient points for you from my research findings and answer the points Joan reportedly raised with you.

As a starting point and for reassurance, I did research this issue from ‘both sides’ of the debate. I interviewed 31 participants in total, 15 adults who were pro self-ID and 16 feminist women who were against gender reform. I combined this with online ethnographic research from the social media platform Twitter.

The importance of female only spaces

Even participants I interviewed who were pro gender reform and pro self-ID did not agree to a blanket acceptance of transwomen in female-only male violence against women (MVAW) spaces. In total 87% of participants felt it important to provide and retain female-only MVAW spaces. Fourteen of those women had either worked in, or still work within, the MVAW sector, either on the frontline supporting female victims of male violence or as contributors to the wider movement; 6 (so just under half) of those participants were from the pro self-ID cohort. The claim that the MVAW organisations who are trans-inclusive have no issues with self-ID was not supported by participants, or by the online ethnographic data that I undertook. Some of those participants had also taken part in the research Stonewall undertook into this topic.

In offering solutions, 93% of participants felt that transgender victims should be afforded their own specialist safe spaces to support their needs when they have experienced domestic abuse or sexual violence.

The silencing of women is well-documented and has a shamefully long history. This trend continues with stark consequences for women in this debate, evidenced in the reason I undertook my research and the reason I am writing this letter to you.

In relation to the male violence against women (MVAW) sector my research findings evidenced that the sweep of transgender ideology policy capture meant participants involved in the provision of services for female victims understood that they risked their funding if they spoke up in objection to transwomen in female-only spaces. 99% of participants who worked on the frontline in domestic abuse organisations felt they had been silenced in the past, or are still being silenced, due to fears relating to the commissioning landscape and losing funding for already cash-stripped services.

It is perhaps unsurprising that the MVAW movement, have stayed deafeningly silent on the transgender debate, and it is entirely understandable as to why Joan bravely raised this issue on behalf of frontline organisations. In doing so she knew she was protecting them, and it appears after yesterday’s news Joan, the organisations she advocated for and the participants who took part in my research are right to be concerned about the repercussions of speaking up.

I have worked in the MVAW sector for nearly three decades, it is a movement that is usually notoriously loud and very proud to be so. But in this debate, I have watched as my sisters have been terrified to speak up. Since publishing my research, I have been contacted by many more women who work in the sector sharing their experiences and fears of entering this debate. It is also essential to note that a move by policy makers to continue to expand policies that change single-sex spaces to mixed sex spaces will have a direct discriminatory impact on women of colour and women of faith. I would urge you to read the recent interview I did Dr Jagbir Jhutti-Johal OBE, who eloquently raises her concerns of these policies on South Asian women in particular.

By far the most heart-breaking contacts I have had since publishing my research are from female victims who are terrified at the prospect of losing single-sex spaces. Of course, not all female victims desire female-only spaces, but that should not mean the many women who do want them are denied that opportunity based on lobbyists for transgender rights who purport that validation of ‘transwomen as women’, precedes a traumatised women’s needs and rights.

In my view and from the evidence of my research it is essential that politicians and funders provide an interrogative and safe space for these conversations to occur with specialists in the women’s movement. It is not good enough to keep dismissing women’s concerns on these issues, not least because of recent events but especially as year on year women are the ones who are being murdered by men in great numbers.

I hope my letter gives you and your colleagues the academic evidence required to understand the importance and validity of Joan’s request for you to engage with concerned women on this topic. It is essential as representatives of your female constituents, many of whom are subject to catastrophic male violence daily, that you do.

An Interview With Muslim Women

(EDIT: This piece was originally referred to as a focus group – I have received criticism on twitter for referring to it as that and

Survivors Network letter to the EHRC

When something gets under my skin it can really gnaw away at me, I don’t tend to give up easily. So, following on from my